This compact, lightweight telescope is an ideal entry-level astronomical telescope. Just remove it from the box, insert an eyepiece, and you’re ready to view. To navigate the sky, simply rotate the azimuth axis in the direction of your desired object. It doesn’t get much simpler or more portable than the FirstScope.

Familiarize yourself with the Moon, our neighboring world. Robert Reeves’ signature FirstScope comes with a custom wrap that highlights 10 lunar features to explore including Tycho, Plato, and Copernicus.  Learn more about the Moon with Robert Reeves’ Lunar Landscape eBook which goes into detail about the sizes of craters, how marias are formed, the natural history of the Moon, and other fascinating tidbits.

Robert Reeves first photographed the Moon in 1959, just as our space program was setting its sights on lunar exploration. Since then, he’s become one of the world’s best lunar imagers and a prolific author on astrophotography. Using Celestron telescopes from his home in Texas, Robert captures more detailed images than professional astronomers could during the heyday of the Apollo missions. To learn more information about Robert Reeves, check out his Team Celestron page or for Robert’s personal perspective on having his own telescope in the Signature Series, click here. 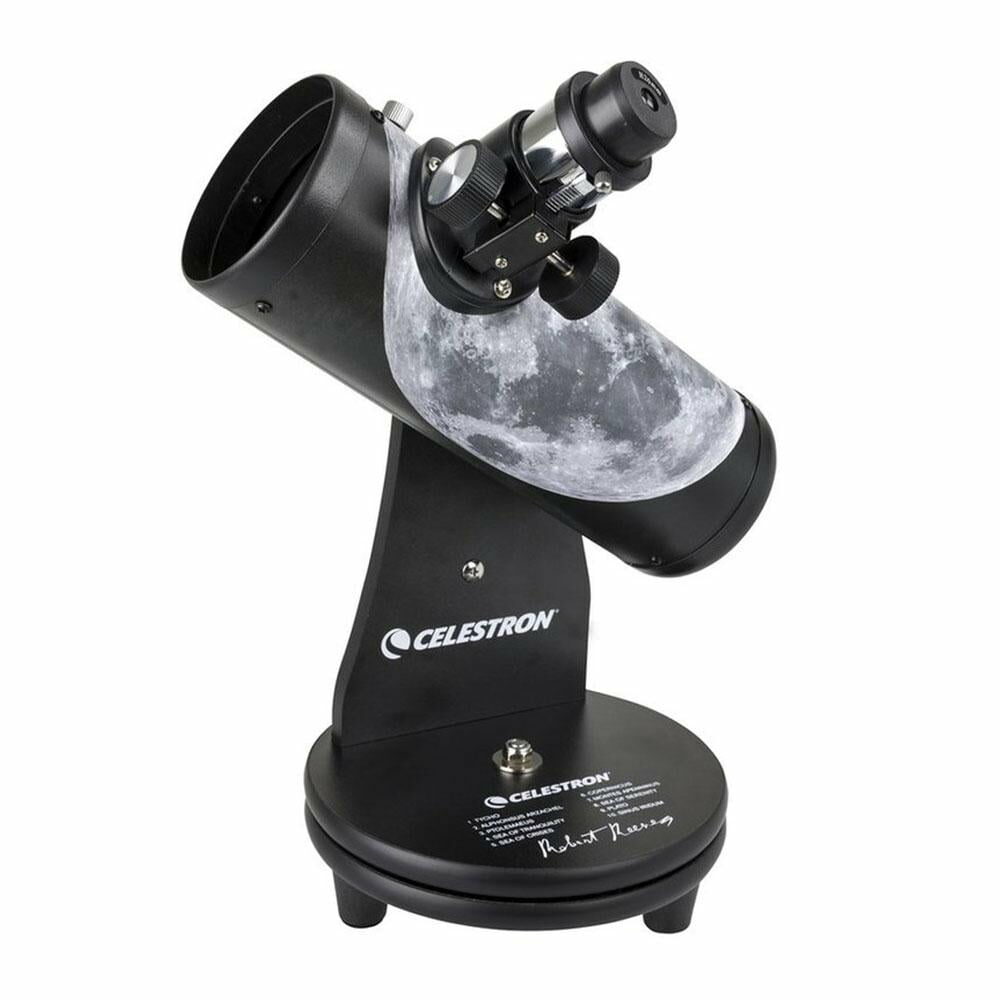