Our Founder’s Vision, Reimagined for the 21st Century
In the 1970s, Celestron’s Schmidt-Cassegrain telescopes brought the hobby of astronomy to the masses and established Celestron as the world’s premier telescope maker. Our founder, Tom Johnson, invented Celestron’s proprietary method of producing Schmidt corrector plates for superior views and maximum portability. Johnson believed in creating high-quality optical instruments at an affordable price, and inspired a generation of amateur astronomers.Four decades later, we’ve improved upon this design by adding cutting-edge features, while staying true to our founder’s intent.

View the Universe’s Most Impressive Celestial Objects
The 5SE’s five-inch primary mirror packs enough light-gathering ability to observe the best that the solar system has to offer: Saturn’s rings, the cloud bands on Jupiter, and geographic features on the surface of the Moon. When it comes to deep sky objects, take your 5SE to a dark-sky site and you’ll see hundreds of pinpoint stars in the Hercules Globular Cluster, the spiral arms of the Whirlpool Galaxy, and more.

Revolutionary Single Fork Arm Mount
We know the best telescope is the one you will use most often. That’s why Celestron’s engineers created NexStar SE’s unique, patented single fork arm mount. It’s perfectly portable and makes setup quick and easy. What’s more, the NexStar SE breaks down into several lightweight and compact pieces, making it easy to transport, even in small vehicles. You’ll have no problem getting the NexStar SE to your favorite observing site, or setting it up quickly in your backyard.Of course, it’s what’s inside the mount that really counts. Sturdy construction from high-quality components give NexStar SE the pointing and tracking accuracy needed to observe and follow your favorite targets with push-button ease. Use the included NexStar+ hand control to locate over 40,000 celestial objects, or take a Sky Tour and let your telescope show you the best objects currently visible.Aligning your telescope is simple and painless, too, thanks to SkyAlign. This process makes alignment as easy as 1-2-3: just center three bright objects in your eyepiece and press ALIGN. For even easier alignment, attach our StarSense AutoAlign and your NexStar SE aligns itself!

Advanced Features Let the NexStar SE Grow with You
The NexStar SE is compatible with all the high-tech accessories advanced users love. Provide GPS coordinates to your telescope with SkySync, or add automatic alignment functionality with StarSense AutoAlign.If you want to explore the world of astroimaging, the 5SE is a perfect choice. Its built-in wedge allows you to track long exposures. You can even remove the telescope’s secondary mirror and replace it with a DSLR or astronomical CCD camera for wide field images captured at f/2 using a Fastar/HyperStar lens assembly. Or, if you’re interested in imaging the Moon and planets, pair your NexStar 5SE with one of our Skyris cameras. From your first observing session and for years to come, the NexStar SE is your trusted companion. 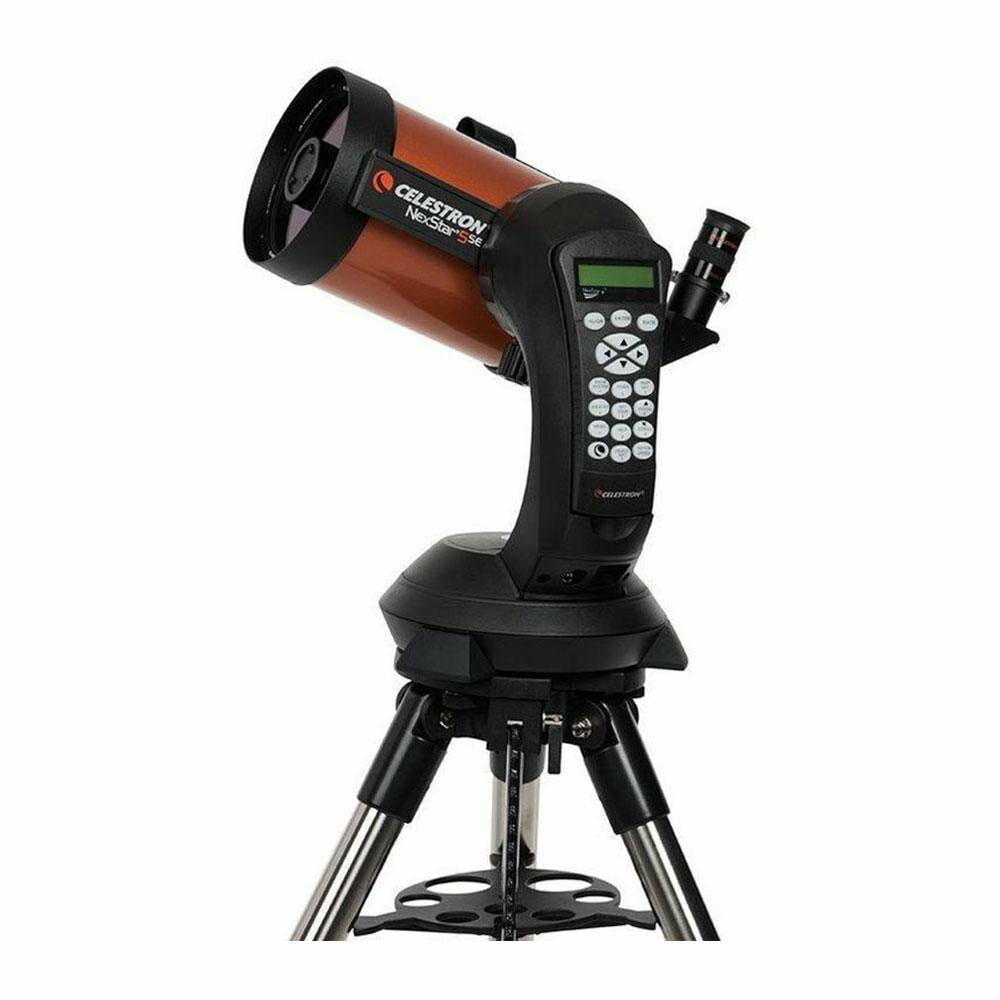